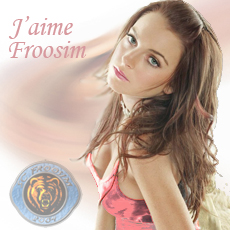 SC Froosim is facing a 2nd consecutive relegation in a row. At this moment in time, the team is still above the direct relegation line. However, if La Sombra will be able to win upcoming sunday (which lies within the line of expectations of the manager and fans), this could change if the teams in the other 'Eerste Divisie' leagues manage to gain some additional points in their last matches. It seems that the perspective for SC Froosim is not very colorful.

Future plans
People are asking the manager's future plans with the team. With well over 60 000 000 $ in the bank account it seems that a come-back is a realistic scenario in the future. For the time being, the most important goal remains having fun in the game. If some money can be earned with in the process, that will be regarded as a nice addition to the fun part.

At this moment the trainees are developing well. Some need to be replaced by more talentful and higher prospect trainees. Yet, the majority of the trainees is doing well and won't go anywhere now.

All players for sale!

SC Froosim back to the top